National Week of Action Against Workfare – July 7th to 14th

As part of the National Week of Action Against Workfare from July 7th to 14th,  Brighton Benefits Campaign invites all who oppose workfare to join us for a workfare walk of shame around our city, paying a visit to the worst offenders, including Holland & Barrett.

Invite your friends, family, organisations & union branches. Bring placards, banners, noise makers & musical instruments.  Join us in saying NO to workfare!  Join us in naming & shaming the businesses & charities who are putting profit before people!

While the  government tries to divide us by pitting those in work against ‘scroungers’ who supposedly need to be forced into work, it has recently emerged that the real scroungers are the private firms paid millions of pounds to deliver workfare, and A4E is first in line.

In mid January 2012 four A4E members of staff were arrested on allegations of fraud dated back to 2010 – for faking job placements at the expenses of the public purse.  Despite the protestations of A4E’s chief executive, Andrew Dutton, this is by far an isolated case.

And if A4E’s employees fake placements in the interest of their company, if A4E’s offices abuse the scheme to squeeze free labour from those put in their hands, what do we expect from their millionaire owner Emma Harrison, if not more abuse of public money, millionaire style?

In February 2012 it was revealed that Harrison received around £1.7m over two years from leasing out her own properties, including her family stately home, to… A4E! These payments were in addition to her £365,000 annual salary and the payment of an £8.6m shares dividend.

A4E has nothing to fear from the government. Despite the revelations about fraud and abuse of public money, Emma Harrison was chosen as ‘family Czar’ by David Cameron and in February 2012 A4E was chosen as the preferred bidder for a £15m prisoner rehabilitation contract with the Skills Funding Agency.

The crisis has been a blessing for them. It was Emma Harrison who declared in December 2010 that she was delighted by the government cuts:

“The coalition government’s cuts are, in fact, fantastic!… Cutting benefits will put a stop to people making a profession out of being unemployed”.

While A4E has been involved in £224m contracts, it has not created a single new job – it has only squandered money that could be spent to save public jobs and prevent redundancies. It has helped the government in their attack on wages and working conditions for those in work, by obliging unemployed people to replace jobs for no pay. 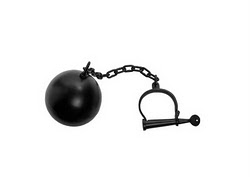 Fighting the assault on welfare since 2010
View all posts by Brighton Benefits Campaign →
This entry was posted in Action, Demonstrations, Workfare. Bookmark the permalink.